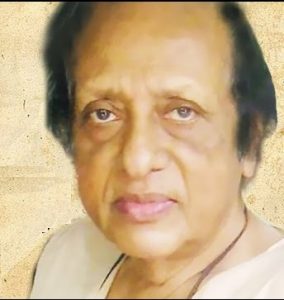 Chandrashekhar G. Vaidya aka Chandrashekhar was born in Hyderabad on July 7, 1922. He was a famous Bollywood actor in Bollywood in the 1960s and 1970s. Although he started acting as a junior artist in Bollywood films from 1950. He worked with then famous actor Bharat Bhushan. As an actor, he started his film journey with the 1954 film Aurat Teri Yehi Kahani.

He also played character role of Arya Sumant as Dasharatha’s prime minister in Ramanand Sagar’s TV Series Ramayana at the age of 65.

Chandrasekhar Vaidya is the oldest living actor in Bollywood.
Even at the age of 98, Chandrasekhar is spending his life comfortably. Asked about the secret of good health even at the age of 98, he said that he is still healthy due to adopting vegetarian food and alcohol-free life. He told that he never drank nor smoked in his life. Doing yoga every morning in the morning is still an integral part of his life.

Upcoming Star Kids In Bollywood In 2021