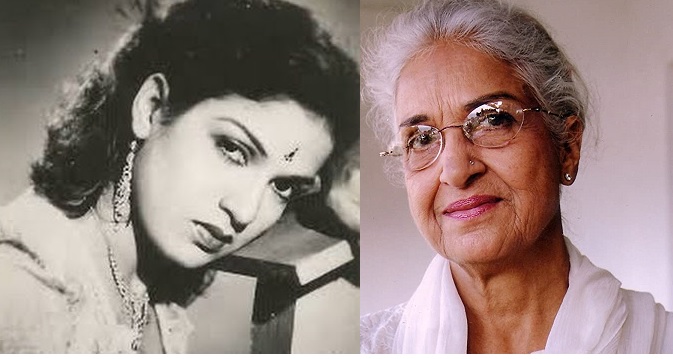 Kamini Kaushal was born on 16 January 1927 in Lahore (present-day Pakistan). His father Shiv Ram Kashyap was a famous professor of Botany. When Kamini was just 7 years old, her father died. In 1946 she first acted in a film called ‘Neecha Nagar’. Due to the death of her sister in an accident, Kamini married her sister’s husband in 1947 and settled in Mumbai. Even after marriage, she played the lead heroine in many films and her film was a huge success at the box office. She has played the lead actress in the film of veteran actors like Devanand, Raj Kapoor, Dilip Kumar, Ashok Kumar. Kamini Kaushal was the first lead heroine for whom Lata Mangeshkar ever sang for and it was for the film Ziddi in 1948.

Kamini Kaushal is the first Indian actress to act in films for more than 70 years.
Even at the age of 93, Kamini Kaushal has found herself very fit. The secret of this fitness at his age is his simple vegetarian food and yoga.