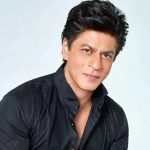 Shahrukh Khan was born on 2 November 1975 in Delhi into a Muslim family. Although Shah Rukh Khan is a Pathan Muslim, he fell in love with a Punjabi Hindu girl named Gauri while studying in Hansraj College, Delhi and after 6 years of love affair, Shah Rukh married with Gauri in 1991. That time he was famous actor in TV serials. Shah Rukh started his career in acting from TV serials in 1988. Soon after he becomes star of TV serial. Due to appearance of Shahrukh Khan his TV serials were becoming famous. After gaining fame in TV serials, she he moves to Mumbai and soon got the role of the lead actor in films.

He got first role in film “Dil Aashna Hai” in 1991 with that time’s top heroine Divya Bharti. Hema Malini was the director of that movie. During the shooting of film “Dil Aashna Hai” Shah Rukh Khan got a chance to play the supporting role in the film “Deewana”on the reference of Divya Bharti. Coincidentally, the film Deewana was released first and proved to be a super hit at Box Office. In this way Shahrukh’s first film to be released was “Deewana (1992)”. In this film, Rishi Kapoor was playing the lead hero, but Shah Rukh Khan was liked by the audience more than Rishi Kapoor. From this film, Shah Rukh Khan has proved that he has come to make his own identity in Bollywood. Soon they had a queue of Bollywood film producers. After this, many superhit films of Shah Rukh Khan rocked the box office. Shah Rukh proved himself to be the King Khan of Bollywood. As of now Shahrukh Khan is one of the top ten star of Bollywood. He is called as ‘Badshah of Bollywood’.
From ‘Deewana’ (1992) to ‘Pathan’ (2021), Shahrukh Khan has acted in 77 films. Many of these films have become huge hits.
Here is list of super hit evergreen films of Shah Rukh Khan.

Shahrukh Khan, who is more than 50 years of age, works hard to keep his body fit. This is the reason why he does not have any disease. Here is secret of fitness of Shah Rukh Khan.
He wakes up at 5 am every day. After that, from 5.30 am to 7.30 am, we do workouts in the gym. In the morning breakfast he takes 2 boiled eggs, 1/2 ltr. milk and fruit juice. In the lunch he takes 3 bread, pulses, vegetables/boiled chicken. Before take dinner, he walks on treadmill for one hour. He takes breads and salads in dinner. Shah Rukh Khan Shahrukh Khan stays away from drinking and smoking in real life.