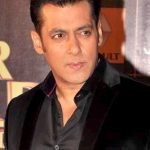 Salman Khan is one of the big stars of the Indian film industry. His every film makes new record of box office collection. Salman Khan is the elder son of film script writer Salim Khan. Salim Khan’s first wife is Sushila Charak, whose name was changed to Salma Khan after marriage. Salim Khan and Salma Khan’s first child Salman Khan was born on 27 December 1965 in Indore, Madhya Pradesh. Salman finished his schooling at St. Stanislaus High School in Bandra, Mumbai. He has got education till 12th standard only. Salman Khan stepped into the world of modeling. He also did some commercials before appearing in films. When he was 22 years old, in 1987, film director JK Bihari noticed an ad in which there was a picture of Salman Khan. JK Bihari was looking for a sportsman looking young man for the role of the hero’s brother in his film ‘Bibi Ho To Aisi’. He approached Salman Khan for the role. Salman Khan did not know acting. But JK Bihari told him that his job is only to do boxing. Well somehow Salman Khan agreed. Salman got a fee of Rs 11,000 in the first film. This film starring Rekha and Farooq Sheikh, released in 1988, was a huge hit. The audience also liked Salman as Farooq’s brother. Seeing this film, film director Sooraj Barjatya gave Salman Khan the role of lead actor in his film ‘Maine Pyar Kiya’. When the film ‘Maine Pyar Kiya’ was released in 1989, it became a huge hit across the country. Salman Khan got only 1 lakh rupees as fee for this film. Although the film became a huge hit at the box office, Salman Khan did not get any film for the next 6 months. Salman Khan had run out of money. After 6 months, Nitin Manmohan signed Salman Khan as a lead actor by paying 5 lakh rupees for his film ‘Baaghi’. Incidentally, this film was also a huge hit. After that Salman Khan never looked back. He has been acting in films continuously for 35 years. Right now his fee ranges between 150 cards to 200 crores.