Konark temple is world famous tourist place near Puri, Odisha. This temple is situated 3 Km far from Konark beach. The most notable marvel of Orisaan art is the stately Sun Temple. Built in C.Ad 1250, during the reign of the Eastern Ganga King Narasimhadeva -I (AD 1238-64), it was th enshrine an image of Sun (Arka), the patron deity of the place. The entire complex was designed in the form of a huge chariot drawn by sever spirited horses on twelve pairs of exquisitely carved wheels. The sanctum symbolizes the majestic stride of the Sun God and marks the culmination of the Orissan architectural style. The vimana of the deul has collapsed, while that of Jagamohana and the nata-mandap are better preserved. The walls of the temple contain superb carving of divine, semidivine, human and animal figures amidst floral and geometric ornamentation. The vivacious Kanyas and dancers are remarkable for their sensuous modelling, pulsating with human emotion which are absorbed in a variety of gestures and rhythmic action. Such sculptures render the Orisaan temple a class unto themselves.
How to reach Konark Temple – You can reach here from Bhubaneswar or Puri by bus or taxi.
The best season for travel Konark temple is winter. It’s hot after February.
Entry fee in Konark Temple is Rs. 30/- per person.
Hotel Near Konark Temple – There are many hotels near Konark Temple. You can stay here in cheap rent. Some hotels are –

Here are some photos of Konark temple. 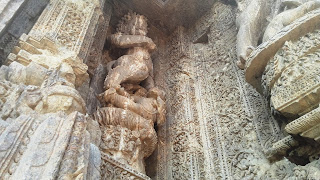 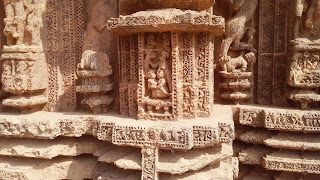 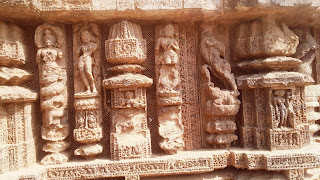 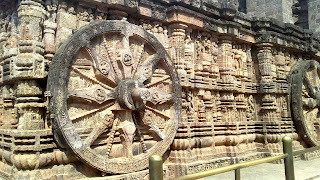 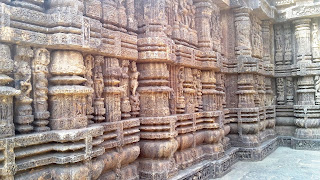