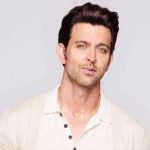 Hrithik Roshan is Superstar of Bollywood. He is son of famous film actor/producer/director Mr. Rakesh Roshan. Hrithik Roshan was born on 10 January 1974. His mother’s name is Pinky Roshan, who is the daughter of famous film producer director J Om Prakash. In this way Hrithik Roshan’s maternal grandfather and father have been well-known figures in the film industry.

Hrithik Roshan started working in films since childhood due to his association with film business families. When Hrithik was just six years old, he got a chance to appear on the film screen. In 1980, Hrithik performed a dance in age of just six years in a song in the film ‘Asha’, starring famous actor Jeetendra. The director of this film was Hrithik’s maternal grandfather J Om Prakash. After that, when he was 12 years old, after appearing in two-three films, Dance in Some Scene, he appeared in the film ‘Bhagwan’ Dada with his father Rakesh Roshan in 1949. The film featured famous film actor Rajinikanth in the lead role and Hrithik Roshan played the role of his adopted son. Rakesh Roshan played Hrithik Roshan’s uncle in this film. In this way, the film ‘Bhagwan Dada’ is the only film in which Hrithik Roshan and his father Rakesh Roshan are seen together on the film screen.

Hrithik Roshan appeared in the lead role for the first time in the year 2000 at the age of 26, after gaining full knowledge of film making, the film was ‘Kaho Naa Pyaar Hai‘. Hrithik’s success can be gauged from the fact that the film ‘Mohabbatein‘, starring Amitabh Bachchan and Shah Rukh Khan, called the King of Bollywood, was released in the year 2000, which collected Rs. 80 crores at the box office, while in the same year Hrithik Roshan’s debut film ‘Kaho Naa Pyaar Hai’ collected a collection of Rs 153 crore, which proved to be the highest grossing film of that year. In the same year, Hrithik Roshan’s two other films, Fiza and Mission Kashmir were also released which became a super hit at the box office.

Here is the list of Super hit movies on Hrithik Roshan.