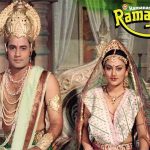 Ramayana is a very successful Indian TV series, produced, written and directed by Ramanand Sagar. This serial of 78 episodes was telecast live on Doordarshan from 25 January, 1987 to 31 July, 1988 on 9:30 am in the morning on every Sunday.

List of those actors of Ramayana who are not alive now.